Having established themselves as premiere game developers on platforms like the ZX Spectrum, Rare cofounders Chris and Tim Stamper ink a deal with Nintendo to launch a new franchise around one of “the Big N’s” most well-known, yet long-absent characters.

Kings of the Jungle: The Making of Donkey Kong Country

Written by David L. Craddock
Note: This retrospective was originally published in the November 2014 issue of RETRO Videogame Magazine

Chapter 1: New Ape on the Block

Long before Activision, EA, and Ubisoft began annualizing their hottest franchises, Nintendo established a reputation of going back to the well. New versions of Super Mario, The Legend of Zelda, and Mario Kart surface every three to six years, serving as invitations for gamers to experience familiar, tightly-designed gameplay tropes—with a few new additions added for spice—all over again. Other Nintendo properties turn up less often. Galactic bounty hunter Samus Aran hasn’t had a starring role since 2010’s poorly received Metroid: Other M, and gamers have taken command of Captain Olimar and his Pikmin only three times.

For a time, Donkey Kong was even more elusive than Samus Aran. Designed as the antagonist in 1981’s titular Donkey Kong arcade game, Nintendo’s simian got his start capturing maidens and holding them hostage at the top of construction sites. From on high, DK lobbed springs and barrels in an attempt to thwart Jumpman, a carpenter-turned-hero who dodged obstacles as he worked his way up. Just a few years later, Nintendo rechristened Jumpman as Mario and cast him as the company’s mascot. By 1990, Mario’s mustachioed mug had become more recognizable to American children than the circular head and ears of Mickey Mouse.

Former coin-op developers, the Stamper brothers left the arcade scene and founded Ultimate Play the Game, a development studio based in the U.K. that targeted the ZX Spectrum home computer. Ultimate’s early titles were revolutionary thanks in large part to their aesthetics. While Blizzard North’s Diablo popularized the isometric camera angle—like a chess board viewed from a corner instead of straight on—Ultimate’s Knight Lore was one of the first games to implement the unique point of view, giving it a pseudo-3D look.

As hardware grew more sophisticated, the Stampers’ interest in hewing cutting-edge graphics deepened. In 1985, they jettisoned the ZX Spectrum, rebranded their company as Rare, and set their sights on developing for Nintendo’s NES. When Nintendo introduced the Super NES in 1991, Rare’s cofounders saw the potential to create even better graphics. “I started in the summer of 1992, and I remember being shown around by Kevin Bayliss, who was the head of graphics,” recalls Steve Mayles. “The big film at the time was Terminator 2 with the T-1000, the [liquid-metal terminator] that was all silvery and shiny. Kevin said, ‘This is the machine they use for that.’ It was a Silicon Graphics Workstation. He and Tim [Stamper] were learning to use that.”

Through experimentation, the Stampers discovered a way to circumvent the SNES’ inability to display highly-detailed polygonal images. Using their Silicon Graphics Workstations, they could create pre-rendered graphics, 3D images flattened into sprites that retained their fluid animations. One of the first 3D images the Stampers put together depicted a boxer rotating on the screen. Fortuitously, higher-ups from Nintendo were visiting and saw the pre-rendered graphic. Impressed, Nintendo purchased a 49-percent ownership in Rare, locking down the studio as a second-party developer. Rare Replay, exclusive to Xbox One as of this writing, gives players the chance to relive the majority of Rare’s classic games.

Nintendo’s next move left the Stampers slack-jawed. Handing them the proverbial key to the city, Nintendo invited Rare to create a game starring any Nintendo character. Passing over the likes of Mario, Link, and Samus, the Stampers chose Donkey Kong.

Their decision was backed by sound logic. Nintendo was bound to keep a close eye on outside talent who worked with cash cows like Mario. Donkey Kong, in comparison, was practically a nonentity. “They wanted to choose a character that hadn’t been seen for a while and bring them up to date,” explains Gary Richards, a tester at Rare.

Rare got permission from Nintendo to retire the original DK and create their take on the vestigial primate. Rare aged the original DK and renamed him Cranky Kong. His grandson, Donkey Kong, became the protagonist of DKC. During the adventure, Cranky assisted his grandson by offering hints and reminiscing about the good ol’ days scaling construction sites and kidnapping Jumpman’s girlfriend.

Down on the Farm

Breaking ground on DKC signaled change in Rare’s company culture. The office wasn’t a traditional office floor lit up by fluorescents and cordoned off in cube farms. “The site was an old farmhouse,” remembers Chris Sutherland, “and after the main building space had been used up, the old barns were being converted into offices. It was in one of those barns that I started.”

On his first day, Sutherland hauled his stuff up to the second floor of the barn that would become his home away from him. What he saw did not reconcile with what he expected. “I had this notion in my head that [developing games] would be a very scientific and methodical process, analyzing all aspects of the way players interact with games, and that I’d be guided through the secret recipes needed to make a great game. But in fact it was quite the opposite. You were given the tools you needed, and there was an implicit trust that you’d just get on with whatever needed doing.” 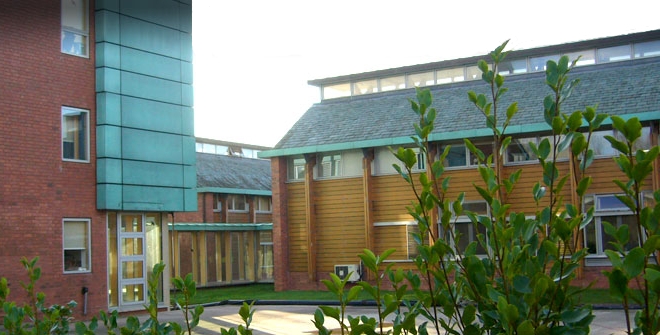 As Rare grew, the company’s self-motivated culture remained intact. Prior to DKC, most games at Rare were made by a single programmer and artist. DKC‘s ambitious scope forced Rare’s cofounders to bump the team size up to 16. Sutherland was one of two programmers assigned to DKC. His purview was the gameplay—making sure the controls were tight and the gameplay was fun.

Big team sizes weren’t the only first ushered in by DKC. “The programmers were also the designers in those days. Design positions didn’t really exist at Rare until we worked on Donkey Kong Country,” explains Steve Mayles, whose brother, Gregg, was the chief designer on the game.

The core of DKC‘s gameplay was agreed upon by everyone at Rare: a 2D platformer, like Super Mario World, but with pre-rendered graphics. Kevin Bayliss, mocked up some of the characters—including the new DK, big and brawny with an affable face and a red necktie—but was busy drawing and modeling characters for Rare’s upcoming coin-op fighter, Killer Instinct. The onus of transforming Kevin Bayliss’ concept sketches into beautifully-animated characters fell on Steve Mayles.

Having little experience animating apes that gallivanted through the jungle and jumped on enemy heads, Mayles and a few of the other developers headed to the zoo for research. “The apes didn’t do what they were supposed to do,” Mayles admits with a laugh. “They didn’t run on cue; they just kind of stood around, picking fleas off each other. When they did move, their movement was different every time they ran. They ran sideways, their bodies would twist, they started off in different poses… It was pretty useless, to be honest.”

Donkey Kong’s movement ended up based on that of a horse: long, graceful strides when running, and a more ape-like, lumbering saunter when walking.

True to their word, Nintendo’s executives stayed out of Rare’s hair and gave the Stampers full creative control. Shigeru Miyamoto, creator of Mario, Zelda, and the original Donkey Kong game, offered only small pieces of advice here and there. One suggestion was to give Donkey Kong a ground-pound move. Rare implemented the idea as a two-fisted slap, which players could use to defeat enemies and uncover hidden bananas.

Preview for Chapter 2: Given a mere 14 months to develop their re-imagining of Nintendo’s infamous ape, the team at Rare conjure technical magic to get Donkey Kong Country on shelves in time for Christmas 1994.

If you enjoy Episodic Content, please consider showing your support by becoming a patron or via a one-time donation through PayPal.

If you enjoy the stories on Episodic Content, consider supporting us on Patreon, or via a one-time donation through PayPal. 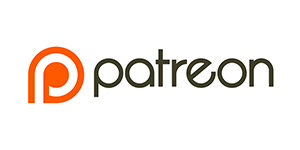